PLANET Industrial-grade Renewable Energy PoE+ Managed Switch (BSP-360), built with advanced green technology, can be charged by renewable energy, making it perfect for remote applications in remote expansive environments such as dams, national parks, highways and others. The BSP-360 effectively transfers green energy to PoE power in order to provide electricity to PDs including IP cameras and access points deployed in the network.

Together with PLANET award-winning product, Renewable Energy PoE Switch (BSP-360), the NMS-360 Series provides synchronous information on green power and battery status, instant/average PoE power usage analysis, as well as traffic logs that are compliant with MQTT protocol and PLANET Smart Discovery. The NMS-360 series automatically detects and manages up to 512 BSP-360 switches along with 2048 IP cameras via its user-friendly web UI. Through web management, IT staff at the headquarters is able to centrally monitor and control the network of remote areas without having to go to the actual site.

Here are the highlighted features of the latest NMS-360 Series: 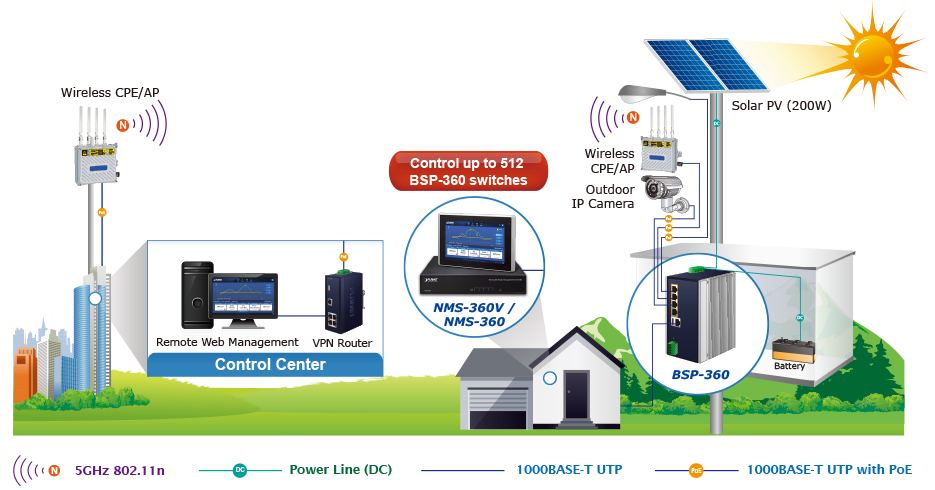 Compared to the traditional Ethernet Switch system that consumes energy in full regardless of how long the cable is, PLANET new network devices utilizing the cable detection function can automatically detect the cable length and the energy while transmitting. As a result, the whole system will save at least 40% of power usage while using the short cable in the network. 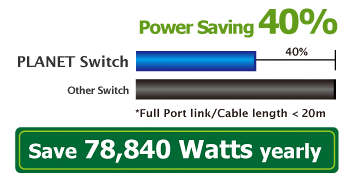 PLANET PoE Switches provide smart PoE management functions such as Auto Temperature Detection to protect the whole network system and client device from being damaged due to overheated, over-loaded and un-regulated power system; PoE Power Detection to improve the maintenance efficiency; and Auto-detection of connected devices for efficient network management. Besides increasing the work efficiency, those intelligent functions can help to extend the lifecycle of PLANET products.